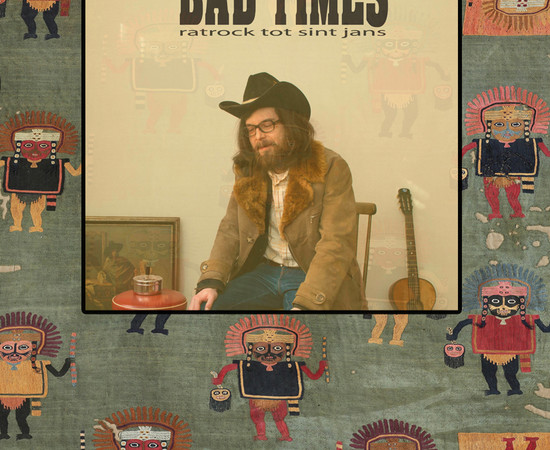 "Bad Times” - released exclusively on a limited edition on cassette - is the fifth album of Ratrock Tot Sint Jans and follows the release of "The Universe” (pump 94-2017) in October 2017.

Recorded in 4 days in November 2017 on a Tascam TSR 8 tape machine with just two microphones (Neumann/Gefell 551 and AKG D19) it features as main instruments a 1920s Franz Wirth Grand Piano, a Viennese style (wander) acoustic guitar from the Fifties as well as a Korg Trident, an EH Mel9 and lots of space echo.

Ratrock’s good friend Paul Pfleger labeled this album "Audio Art”. That’s a true saying and so it shall be.